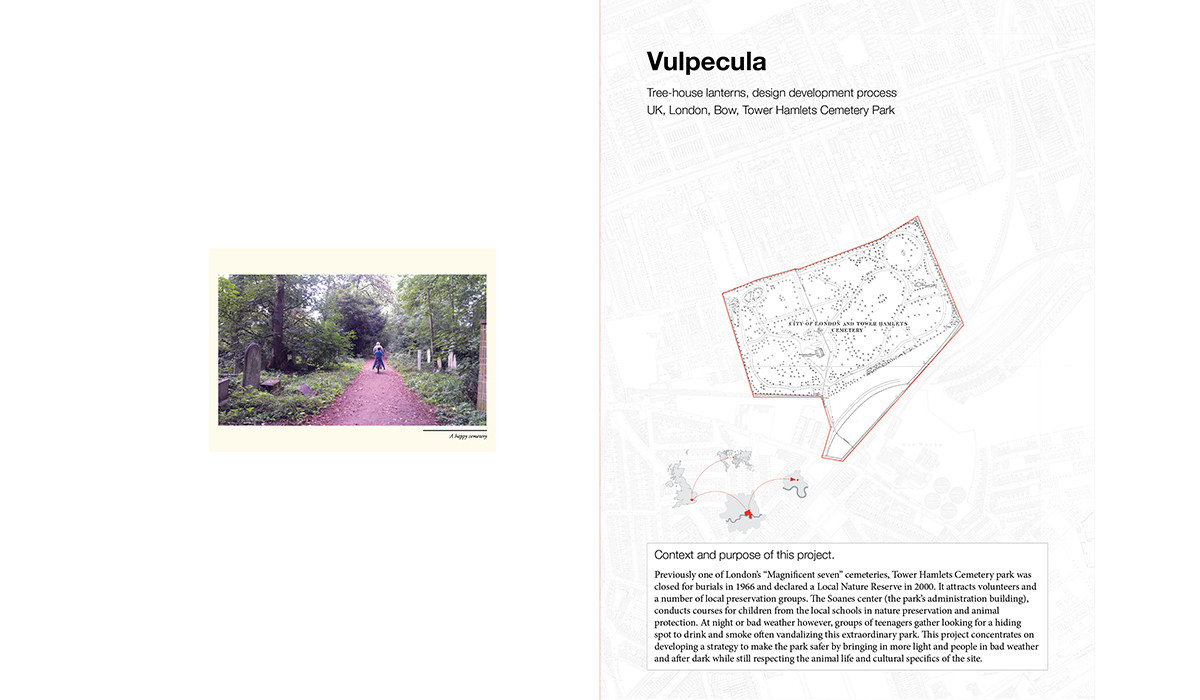 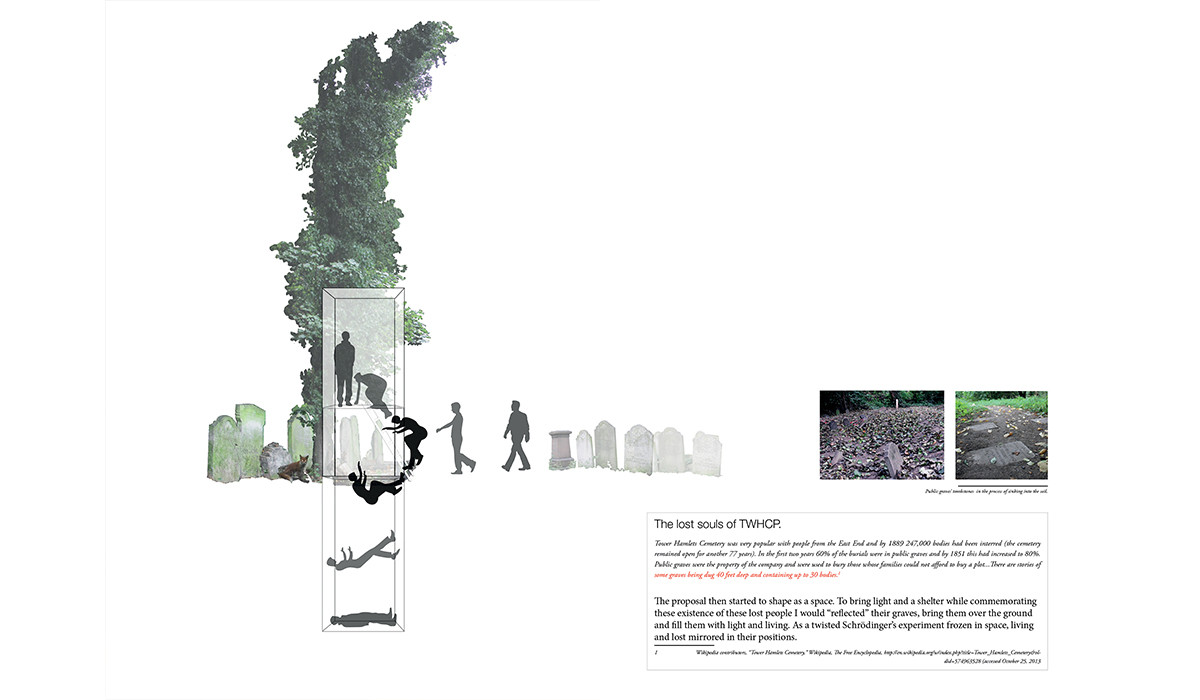 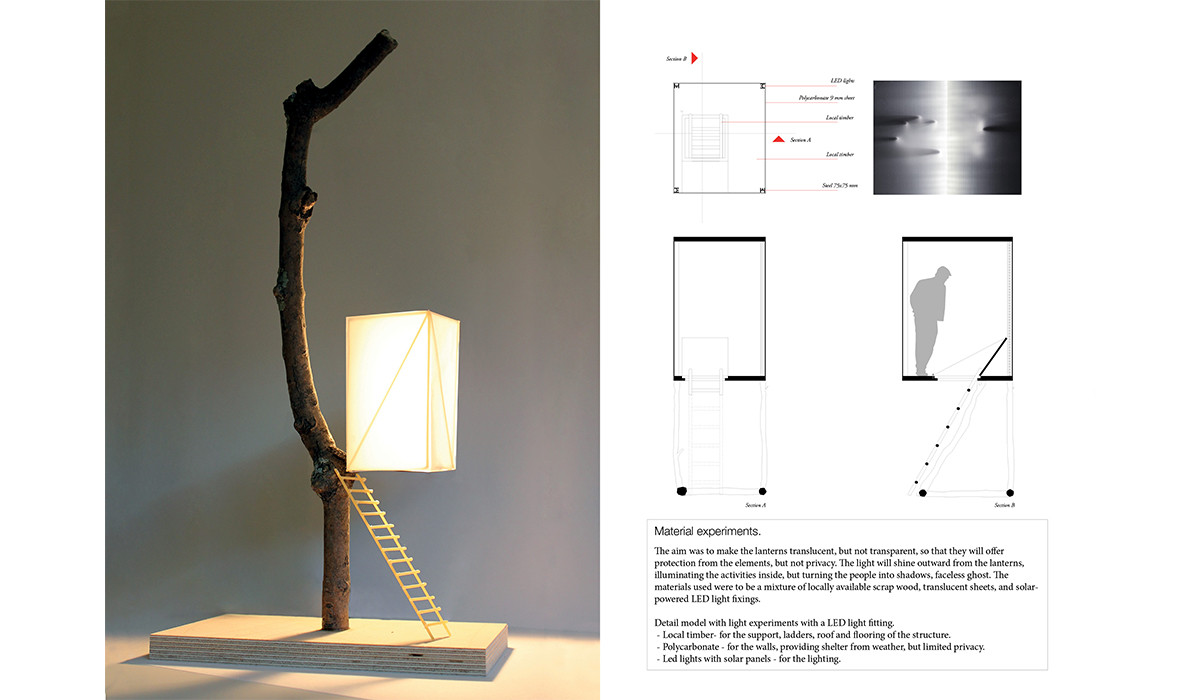 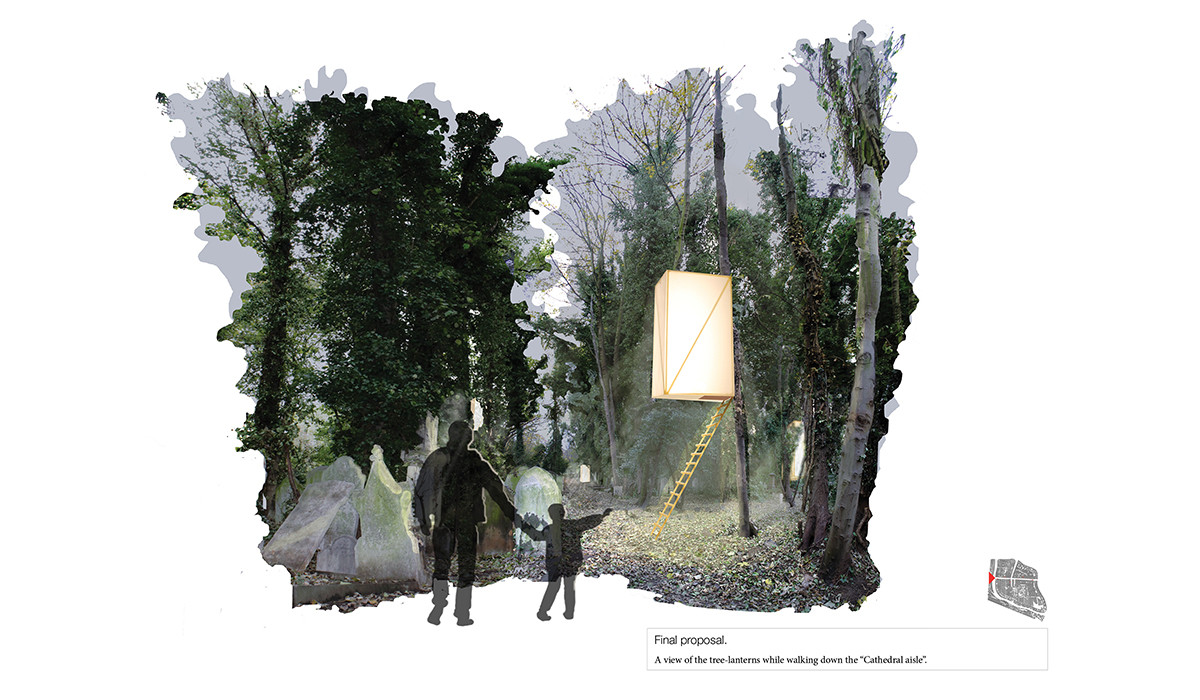 2574
2
Architecture
Previously one of London’s “Magnificent seven” cemeteries, Tower Hamlets Cemetery park was closed for burials in 1966 and declared a Local Nature Reserve in 2000. It attracts volunteers and a number of local preservation groups. The Soanes center (the park’s administration building), conducts courses for children from the local schools in nature preservation and animal protection. At night or bad weather however, groups of teenagers gather looking for a hiding spot to drink and smoke often vandalizing this extraordinary park. This project concentrates on developing a strategy to make the park safer by bringing in more light and people in bad weather and after dark while still respecting the animal life and cultural specifics of the site.